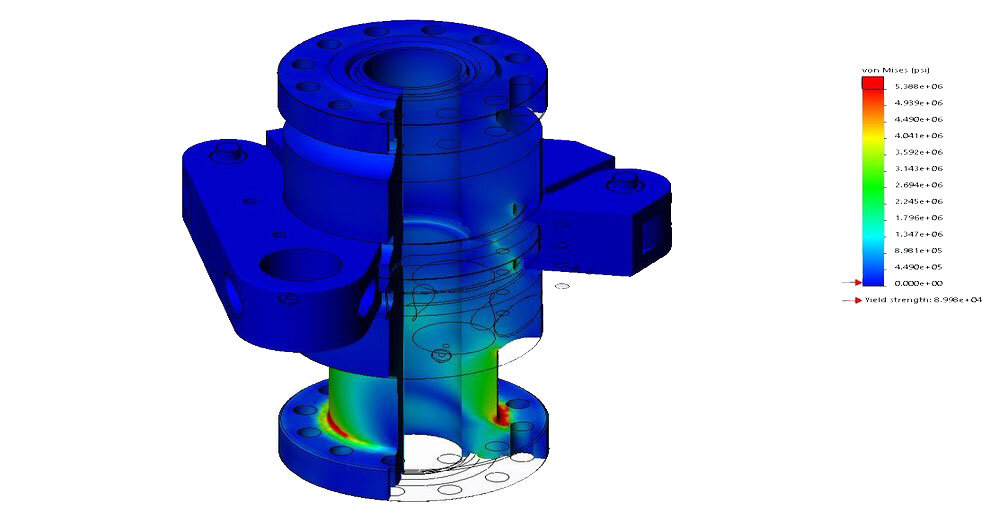 Over the years, engineers have given importance to thermal analysis services in the modern design process. This is due to the usage of higher performance machines on the production floor. That’s why an understanding of temperature distribution and thermal loads becomes vital.

Even though there are various solutions used to solve thermal problems. But most of them all, Finite Element Analysis services (FEA) is commonly used to evaluate thermal factors.

FEA companies prefer evaluating thermal stress as the main purpose of the analysis (or) the boundary conditions are well defined. There are other methods like Computer Fluid Dynamic (CFD) and Fluid-Structure Interaction (FSI).

In this article, we want to share an overview of thermal analysis in terms of FEA engineers and companies. Since thermal fea analysis services are all related to heat calculations and for the basics of it. We are considering three types of heat transfers like conduction, convection, and radiation.

In general terms, thermal conduction is the transfer of internal energy of the particles within the body. The internal energy is caused due to the collisions and movement of particles. Thermal fea analysis services consider this internal energy as the main factor for heat flow.

To evaluate conduction for a given material, we have to check the temperature differential across its components. Usually, heat flows from hot regions to cold regions. This transfer of heat accounts for internal energy and thermal conductivity.

From the perspective of FEA consulting services, both the material’s dimensions and temperature differential matter a lot.

In major thermal analysis services, convection is understood as the transfer of heat from one place to another by the movement of fluids. It is also termed as ‘Convective heat transfer.’

During convection, the warmer fluids on the surface get replaced with cooler fluids. This movement of fluids creates complicated mechanisms, and boundary layers at the surface are permitted to local thermal transfer by conduction.

For thermal analysis in FEA simulation, convection can be described by a global convective coefficient (or) by a local differential method on the fluid boundaries where the normal gradient of the fluid-temperature field and fluid conductivity are analyzed.

For fluid in no motion, there is a possibility of an external force on the surface, such as gravity. This is called free convection. Here the analysis gets complicated where the external forces are a factor, and free strain temperature is measured.

When thermal motion between the particles within a body generates electromagnetic radiation, it is called thermal radiation. Hence in thermal analysis services, a matter with a temperature greater than absolute zero can emit thermal radiation.

Here the particles on the surface are accountable for radiation, and to cause this movement, there doesn’t need to be a medium to pass through. Thus, radiation can even occur in a vacuum.

The whole concept of thermal radiation revolves around emitting radiation by adsorbing from the adjacent surfaces. Thus, it leaves emission and absorption as the two core properties.

But the cooling and heating of surfaces that contribute to radiation depends upon factors like: –

In most of the FEA companies, the thermal radiation of all surfaces in the analysis must be defined with accurate emissivity, view factors, and ambient conditions during thermal analysis. Many times, this can translate into a rather involved process that could lead to a reduction in workflow efficiency.

Note: For arbitrary surfaces, it’s difficult to track thermal radiations and this increases the complexity due to the unavailability of empirical solutions.

For FEA consultation services, thermal analysis is easy to set up. But due to some factors like complex material properties and external forces, accuracy can be tougher to achieve.

Thermal analysis needs to be done by a skilled (or) a knowledgeable engineer. There are many advantages of carrying out thermal analysis via FEA simulation, which can result in reducing development time and cost, avoiding any design changes, tackling any thermal challenges during the design stage, choosing the right material, and more.